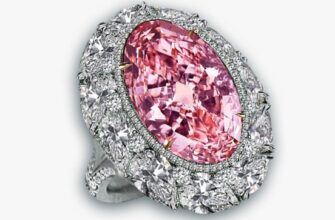 Jewelry
The 6 most impressive pink diamond rings
0950
This year, colored diamonds are at the zenith of glory. Each color has its own way of looking good, but