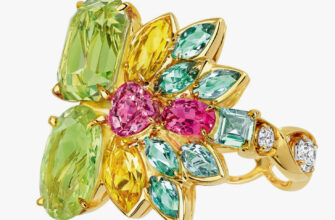 Jewelry
The Marquis cut, inspired by the smile of Madame de Pompadour
01k.
Each cut is able to present the beauty of a stone in a new way, but it is difficult to find a more elegant