Diamonds and stars of the 90th Academy Awards

As expected, the gems on the red carpet shone brightly, stunning and dazzling in their beauty.

This year ladies chose the largest and most spectacular jewelry: long necklaces, massive rings, impressive earrings with no less impressive sapphires, rubies and other precious and semiprecious stones. As usual, though, the priority was the flawless, colorless diamonds.

Platinum deserved special attention at the jubilee event. Its cold luster attracted the eyes of photographers, journalists and other guests of the ceremony. It is this metal that Nicole Kidman, Selma Hayek, Gal Gadot, Sirsha Ronan, Allison Williams and other famous actresses gave their preference.

We suggest admiring the outfits and jewelry masterpieces that earned the right to adorn the most beautiful ladies at the 90th Academy Awards.

Salma Hayek is another celebrity who gave preference to Harry Winston luxury jewelry. And once again – platinum.

Ashley Judd chose a double platinum necklace and diamond bracelet from Bulgari. Both pieces of jewelry are from the 1930s.

Bvlgari: Lvcea Tubogas watch
The Lvcea collection is the youngest in the range of
0558 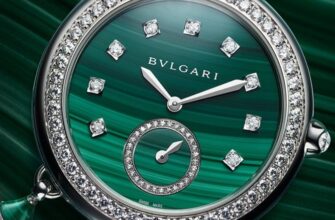 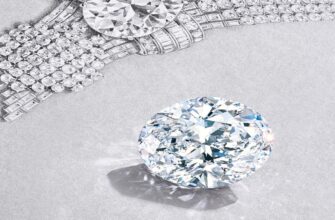 Tiffany & Co. buys the biggest diamond in the brand’s history – and will put it up for sale in 2022
Tiffany & Co. is going to reimagine its famous
0337