The 12 most expensive watches in the world

What would you rather have a luxurious seaside mansion with its own fleet of cars or a single watch?
While the vast majority of us can’t even dream of buying a million-dollar watch, there is an entire market for such creations whose price tag is well in excess of seven figures. Of course, for a million you can buy a comfortable mansion with a gorgeous view anywhere in the world, but on the other hand, for the same amount of money you can become the owner of a perfect exclusive, whose value will only grow from year to year.

We offer you a look at the most expensive watches of our time. The only detail: the list includes pieces that have earned their value primarily due to their historical value, technical sophistication and artistic execution. This is why you will not see here the watches studded with diamonds. We will show them some other time.

The Jaeger-LeCoultre brand was founded in 1833 by Antoine Lecoultre. The Hybris Mechanica Grande Sonnerie was once the title of the “World’s Most Complicated Watch”. The watch uses caliber 182. The Hybris Mechanica also includes 1,300 components, 26 complications, and all encased in a 44-millimeter case in 18-karat gold.

The German company A. Lange & Söhne was founded in 1845. In 2013, the brand presented another unimaginably expensive watch, the Grand Complication, worth 2.6 million dollars. The pink gold case has a diameter of 50 mm and 867 components.

The Aeternitas Mega 4 Grande Sonnerie Westminster Carillon was designed and created by the Swiss watchmaker Franck Muller. Founded in 1991 in Geneva, the company gifted its flagship watch with 36 complications and 1,483 composite parts, making it the world’s most complicated wristwatch.

When it comes to creating high-end luxury watches, Patek Philippe & Co. The company was founded in 1839 and can offer the most discerning customer a good selection of truly exceptional watches. This Patek Philippe creation is encased in an 18-karat gold case and allows you to keep track of time in several different time zones, while the enameled dial displays a map of North America.

With a required reserve of $600,000, this watch became the most expensive ever sold at a Sotheby’s auction, reaching a price of $2.994 million. As part of the Henry Graves Jr. collection, the watch could be set to any date up to 1895, even though it was made in 1927.

Gravity is the worst enemy of mechanical watches. And watchmakers around the world use various methods to reduce its negative effect on the movement in watches. The tourbillon and carousel are also such methods. And what makes the Blancpain le Brassus Tourbillon Carrousel watch especially unique is the fact that it uses both. In fact, Blancpain was the first to resort to such a technique. Belonging to the Swatch Group, the company, founded in 1735, has earned the respect and admiration of its colleagues “in the shop” precisely for innovations such as this one. The watch has a 44.6 mm case and consists of 379 parts.

One of the most enigmatic watches in the world, whose history of creation is still covered by a mass of mysteries. The only thing we know is that the watch was sold in 2002 at an Antiquorum auction for 4.026 million dollars. Experts suggest that it is likely that this watch was produced in a single copy.

Technically, the Meteoris is a set of 4 chronographs, which also comes with a home mini planetarium and was sold for $4.599 million. But given its uniqueness and construction made from precious materials, we thought it deserved a place in this ranking.

Joining forces with Luc Labenne, Louis Moinet created a watch with the addition of not only real pieces from the moon, but also from a Mars meteorite and from an asteroid.

Another member of the Swatch Group team is the Breguet brand. The Swiss company was founded in 1775 by Abraham-Louis Breguet. Their most expensive creation is an 18-carat gold pocket watch, which back in 1814 was sold for only 5,000 francs. Today, the price of the NO. 2667 Precision is approaching 5 million dollars.

Produced in 1989 for the company’s 150th anniversary, the Caliber 89 Pocket Watch remains the most complicated pocket watch in the world, with 33 complications and 1,728 parts. The watch weighed a respectable 900 grams and took about nine years to create in total. In addition to a wide variety of functions, the Caliber 89 Pocket Watch even gives you the ability to measure ambient temperature.

In 2017, a new attempt was made to auction off the world’s most sophisticated watch, but unfortunately it was not successful. Caliber 89 never found a new owner, although experts predicted its value not less than 7.7 million dollars.

This vintage watch was made in 1943 and can proudly wear the title of the most expensive wristwatch in the world. The case of the 1943 Watch Ref. 1527 is made of 18K gold and the dial is brushed silver, with a diameter of 37mm. Additional watch options include a chronograph, perpetual calendar and beautifully displayed moon phases. The watch reached its record price at a Christie’s auction held in Geneva in 2010.

In 1933, New York banker and watch collector Henry Graves Jr. commissioned Patek Philippe to make the most complicated watch in the world – it was to win a “gentleman’s duel” with his friend James Ward Packard, also a famous watch collector.

The design of the watch was worked on for three years and the realization took another five years. The Supercomplication has 24 “watch complications” (functions other than measuring time), including an infinite calendar, moon phase tracking, sidereal time, power reserve and a starry sky map over Graves’ New York apartment.

In 1999, an unknown buyer paid as much as $11 million for this rare creation. At the time, it was already a record for an auctioned watch. Fifteen years later, however, in 2014, Sotheby’s put the watch back up for sale, and the Supercomplication broke its own record and retained its place as the world’s most expensive watch, earning $24 million. 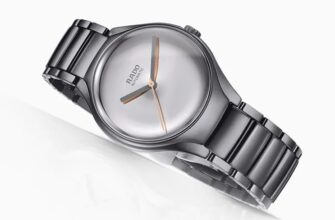 Precious steel: the Rolex watch
It’s amazing that we now perceive a woman’
0850 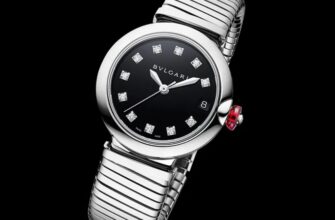 Bvlgari: Lvcea Tubogas watch
The Lvcea collection is the youngest in the range of
0615