The history of the engagement ring of the wife of the 35th President of the United States John F. Kennedy began in 1953, when the couple announced their engagement to the press. When reporters asked to see the ring, Jacqueline said that they had already considered dozens of options, but none had fit them yet. In the end Jackie’s choice fell on the incredible Van Cleef & Arpels jewelry.

John proposed to his beloved while dining at Parker’s in Boston, a restaurant that still exists today. By the way, many modern couples reserve table number 40, where the famous engagement took place.

The Art Deco jewelry piece was worth over a million dollars. Not surprisingly, the ring was adorned with a pair of large stones – a diamond and a baguette-cut emerald weighing 2.88 and 2.84 carats respectively.

Deciding that life lacked change, Jackie set out in 1961 to redesign the interior of the White House with decorator Sister Parish. Two years later she decided to make innovations in the engagement jewelry. In 1963, at Mrs. Kennedy’s request, marquise diamonds were added to the ring, and the stones were set in the shape of laurel branches, the symbol of victory and glory. But after her husband’s death, the mistress of the jewelry creation still returned the original design. 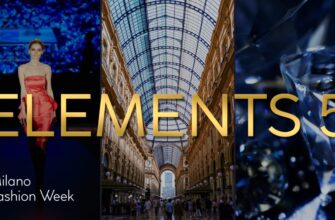 Best jewelry cashback 2022
If you buy diamonds, moissanites and jewelry with precious
0402

Miniatures in all their glory: Moonka Studio
Moonka Studio, a young jewelry brand, has launched
0595